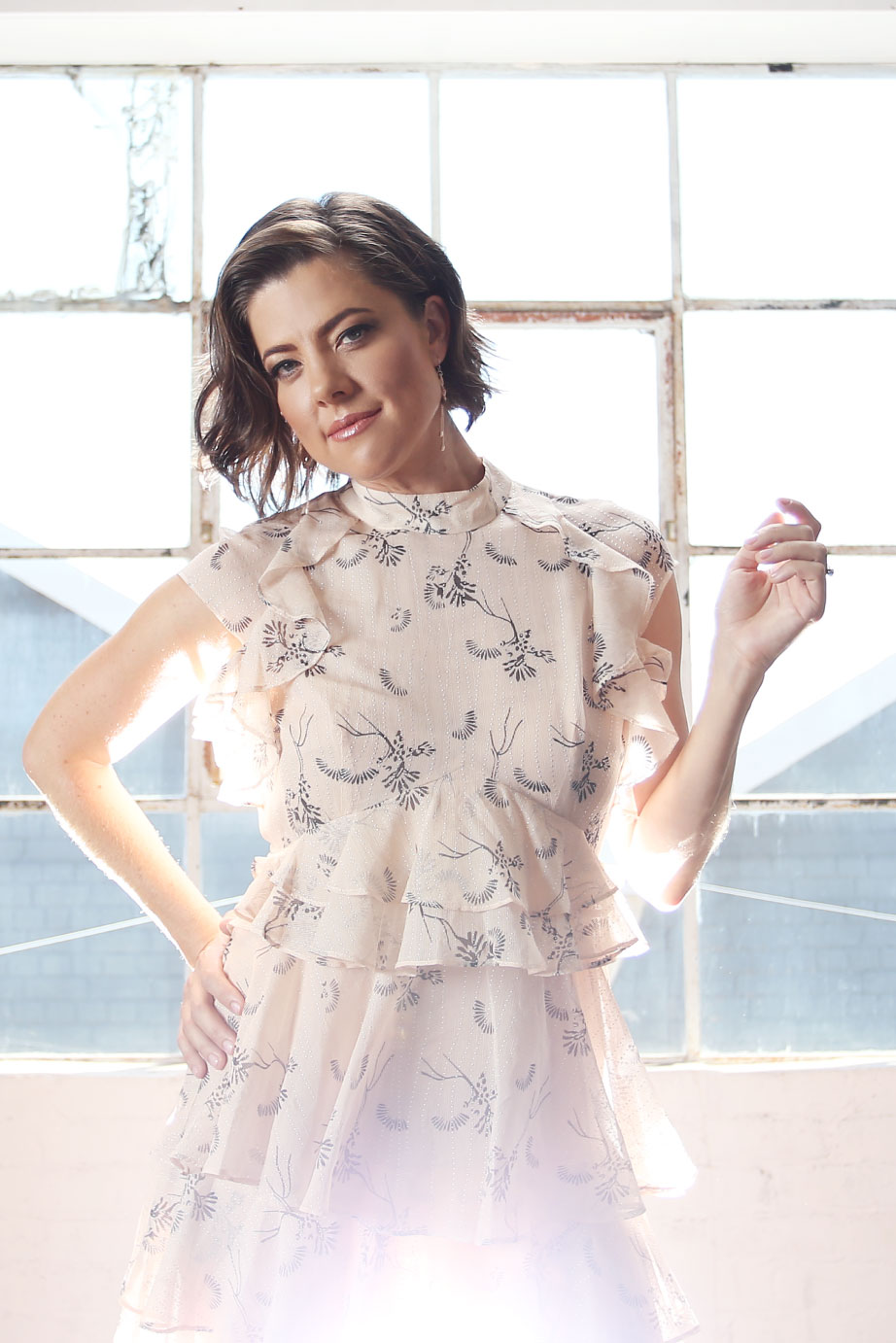 Multi-Golden Guitar winner, Australian singer-songwriter, Amber Lawrence is having a cracking 2019 with the release of her 6th studio album, Spark! (14 Jun 2019), celebrating her wedding and introduction to motherhood, ‘Spark’ and it’s 10 songs perfectly represent a new chapter in Amber’s life, with a fun and energetic vibe interwoven with heartfelt ballads.

It’s almost 3 years since the Sydney born and bred Amber’s last solo release – ‘Happy Ever After’. However, to assume that Amber has been resting on her laurels or taking time off is a huge mistake. In that short time Amber has released two children’s albums (The Kids Gone Country and Aussie Aussie Christmas), released a collaboration with Travis Collins (Our Backyard) – which saw them win 3 Golden Guitar Awards in 2018, performed her original work ‘100 Year Handshake’ in New York for none other than President of the United States, Donald Trump and other dignitaries, co-hosted the 2019 Golden Guitar Awards, hosted radio show iHeart Country Australia (receiving a nomination for Top 10 New Radio Talent to watch), met and married the love of her life (they met on Tinder none the less), and gave birth to baby boy, Ike, in August last year. Somehow, she’s also managed to write a brand new album ‘Spark’ between Nashville and Australia – an album that really does represent everything that is creating happiness, love and light in her life at the moment.

Produced by Brisbane-based, ARIA-nominated Stuart Stuart of Analog Heart Studio (Sheppard, The Veronicas), ‘Spark’ is a collection of deeply personal stories that speak directly to the listener with messages of resilience, individuality and finding true love, in the form of catchy pop-country songs that you just can’t seem to get out of your head.

With lyrics like “I don’t have a Plan B just because I should” and “do what you want to, don’t listen to your mother”, her catchy debut single, ‘Outrageous’, advises you to do whatever it is that makes you happy, and shoot for the stars. Sage advice from Amber who famously gave up a high paying career as a Qantas accountant to pursue her country music dream.

Every song on the album was written or co-written by Amber between Australia and Nashville, which makes it so much more intimate to listen to, as Amber lets you into her personal life with sincere and beautiful dedications to those she cares most about.